Meeting my husband at the EasyInternetcafe! 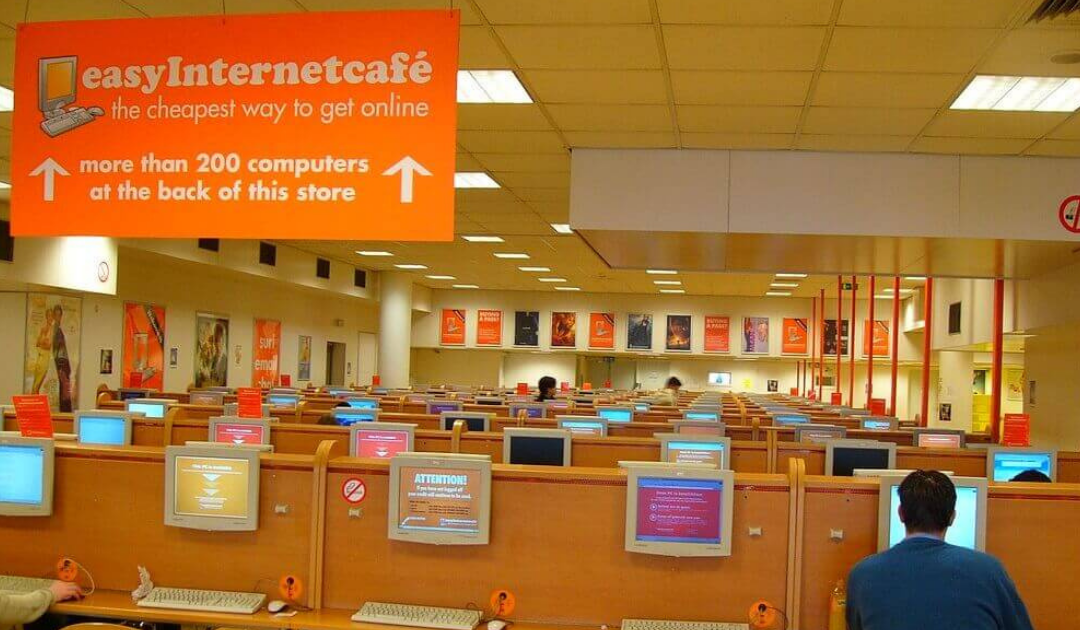 Can you believe that I did not use a computer before I came to England?

Oh yes! So, I decided to do a business computing course to learn more about computers and Microsoft office programs. I was still working as an Au pair, but now, instead of taking care of the old gentleman, I was taking care of two children in a small family.

I did not want to leave my previous host family, but I wanted to study business and computing courses which were daytime and in central London. This did not work with the schedule of my caring duties, so I moved on. I was now picking up 2 children from school and looking after them overnight as their mum was working in a care home in the nights. It was a Nigerian family, and they were really lovely.

I love learning about different cultures, so it was a perfect experience. The children were so cute and well behaved. They called me aunty. Aunty Yasemin this, aunty Yasemin that…

Ok, let’s go back to the story.

I was fascinated by this thing called – computer. I used it any time I could get my hands on one, as I did not own one. I had a Nokia phone though. Remember the ring tone?

Now I was earning 50 pounds a week and still walking to central London. This time, the route got shorter.

One evening, I went to an EasyInternetCafe at Oxford Circus after my business computing lesson at Cavendish College. I wasn’t alone. I went with a few Turkish friends. The café had its own chatroom and boys in our group were talking about football with someone. They then realised that this person was in the same café as us. We decided to meet.

Here it was Simon with his blondish hair and big blue eyes. Tall and handsome. He had a very innocent smile, a bit like a cheeky child. After a quick chat, he asked me for my phone number. I didn’t give him as I didn’t know him. But he knew that I was going to Paris for the weekend and coming back on the Sunday. You see, I had saved money so that I could travel.

One pair of shoes

A pyjama bottom (My mum made it)

A cardigan (My mum knitted).

A rucksack (From Turkey)

A medium size suitcase (I brought it from Turkey).

I came off the train, and Simon was waiting for me on the platform. He had a grey rucksack; he opened it and took out some horrible looking squashed sandwiches.

Then he took his flask out.

“Nope!” I replied, thinking what a weird person he was.

“Shall I help you carry those?” he pointed at the shopping bags. I had purchased a few things from Paris for my family as I was planning to visit them.

“Yes please,” I said, and dropped the bags by his feet.

This is how I met with my lovely Simon.

Funny, after I gave birth, a friend who was with us at the EasyInternetcafe came to visit me and she insisted that Simon was interested in her.

“What a horrible person!” I thought.

“Why did he not wait for you on the platform then?” I asked.

“Well, he was probably shy,” she replied.

I said nothing, just smiled, and I hoped that this irritating person would vanish out of my life, just like that!

Luckily, after that day I have never heard from her again.

She had an agenda. I did not.

It was fate. It was meant to be…

Believe it or not, I met my prince charming in an Internet café.

Where did you meet yours?

Sending you hugs and stars.

No comments to show.